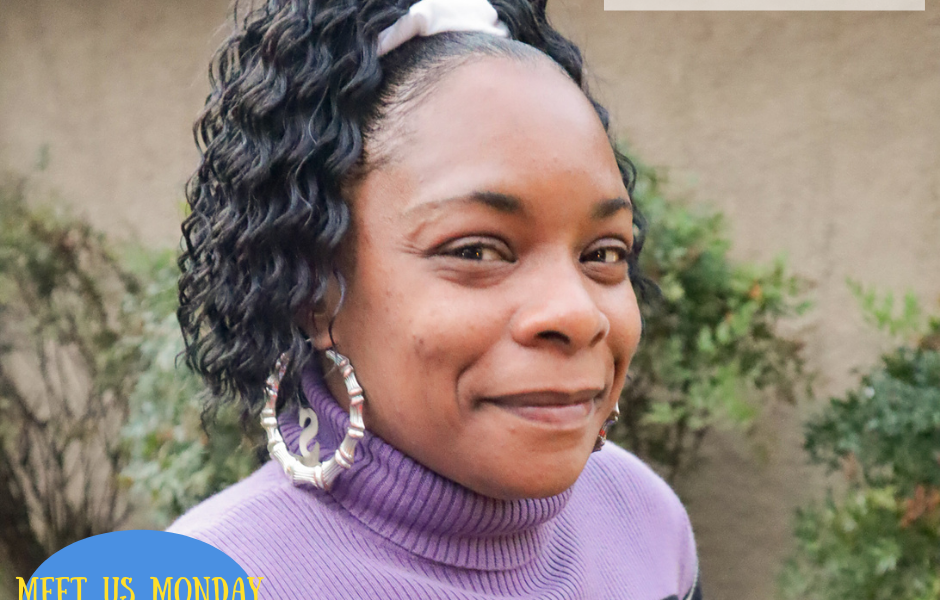 Today we are introducing you to Shanta, the House Manager of one of our newest female houses!

Shanta’s early years consisted of being raised by both her mother and father. While she had a good relationship with her mother, it was the opposite with her father. Her father struggled with substance use and anger issues when intoxicated. Shanta described her experience growing up in this environment as ‘a hellhole.'” As a result, Shanta started having difficulty in school and found herself getting into trouble. Shanta was removed from her family’s house at 15 years old because Social Services believed it was in her best interest. It was not long after this that she experimented with drugs for the first time.

She first started smoking marijuana due to being around the “wrong people, places, and things”. Shanta states that it is the “people, places, and things” that really enabled this dark point in her life. As she continued to hang out with the wrong crowd, Shanta was given cocaine which then led to heroin and other hard drugs. She would allow herself to be in these situations where there were always drugs around. As her drug addiction became more and more serious, Shanta felt as though the people in her life truly did not love her anymore. This mindset and her continued drug use led her to becoming homeless. During this dark time, Shanta slept on people’s couches, cars, and even in playgrounds. Shanta was extremely vulnerable and, like many other women in similar situations, found companionship with the wrong people.

Shanta got married to an abusive man that struggled with substance use himself. It was as a result of being with him that she was charged with her first criminal offense. For the next 4 years, Shanta found herself in and out of Henrico Jail. Her lawyer first introduced her to REAL LIFE while she was in jail. Shanta had reached a point in her life where she knew she needed help. She could not keep living in jail and she was inspired to become the person she knew she was always meant to be. Almost a year ago, Shanta was transferred from Henrico County Jail and into the REAL LIFE program through a court order.

When asked ‘how did REAL LIFE help you,’ Shanta stated that this program “saved her life.” Over the past year, Shanta has maintained her sobriety and graduated from the program. She is now a house manager for one of REAL LIFE’s female houses. While in the program, Shanta was able to get a job that she loves. She received the support and learned the tools to grow into the person she is today. Shanta has gained back so many positive things since joining the program including learning to live again, learning responsibility, learning to respect herself, and gaining a newfound knowledge of who she truly is. The tools that REAL LIFE gave Shanta are life changing and they still affect her to this day. Shanta has recently accomplished one year of sobriety and she continues to be motivated on her journey to recovery.

Shanta has experienced many traumatic events and was stuck in an extremely dark place for most of her life. She went from being extremely depressed and battling many different demons to describing a feeling of peace now in her current stage of life. Shanta became a bystander in her own life until she one day took responsibility and accepted the help she so desperately needed. REAL LIFE helped her leave her mentally and physically abusive husband and the drugs behind, helped her get back on her feet, and strengthened her relationships with her kids. She explained that this program has brought her freedom and an overwhelming amount of peace and is forever grateful to the people who gave her the tools and support to change and grow. Shanta also shows an immense amount of pride in all she has accomplished in the past year thanks to this program. She hopes that she can do the same for the girls she watches over now as House Manager and for others who hear her story. We are so proud of you, Shanta!