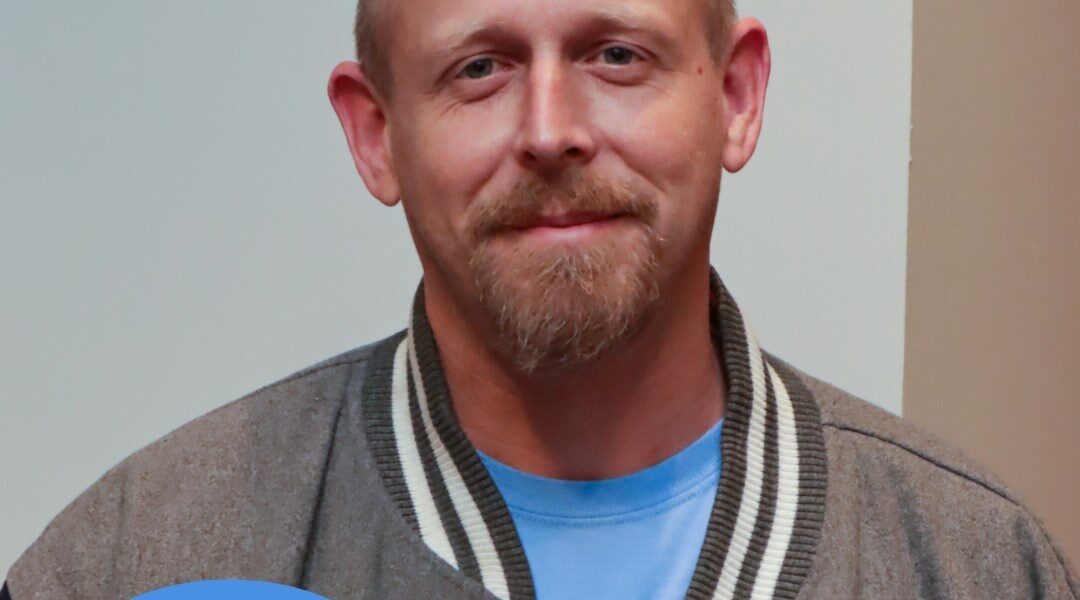 As an Assistant House Manager, Steve has been able to have a positive impact on many of his fellow Lifers. However, the road to success for Steve in the REAL LIFE program didn’t just happen overnight. His hard work and dedication to becoming a better person is the reason that after 5 months in this program he can now help others try and navigate through this journey of rehabilitation.

Steve was born in Virginia Beach and was introduced to drugs and alcohol at a very young age. It was at the age of 12 that he had tried alcohol and marijuana for the first time, and for the rest of his childhood he never really stopped drinking. Certain drugs would come and go throughout his childhood, but alcohol was the one that he was accustomed to the most. After battling the addiction to alcohol for many years, Steve eventually was arrested and incarcerated. Upon reentry, though, Steve continued to drink, even while at work, and found himself trying out harder drugs like cocaine and heroin for a short period of time. All of the drugs that Steve ever tried he was able to cut cold turkey without any rehabilitation program, but alcohol seemed to be the one he struggled with and needed help quitting the most.

In 2016 and the years to follow, Steve went through a lot with personal issues that led him back to self-medication. Alcohol use was at an all-time high for Steve and he eventually placed himself into a rehabilitation program once he realized how severe the drinking was.

Steve had started out in a rehabilitation program in Northern Virginia but eventually went back to using again. After he decided to put himself back into rehab, he was introduced to REAL LIFE. Steve credits REAL LIFE as the place where he was able to become a better version of himself. He went on to say “This program has given me every opportunity to stay in my lane, make my goals, and every time I accomplish them I feel better about myself”.

After being in the program for a little over 3 months Dr. Scarbrough recognized his excellence and asked Steve to be an assistant house manager! He was hesitant at first, but after taking on the role he has excelled and been able to assist other Lifers in so many ways. He makes sure that everyone in the house is aware of their meetings and also gives back to the community in many different ways. As a Lifer himself, he understands the importance of going to classes and joining in with community service work, so whenever there is someone new in the house, he can guide them in a direction that will help them succeed in the program. It was clear that Steve values the importance of community service, as he said something of extreme value. His mindset was that “we try to give back to the community because they are accepting us back into it.” Steve wanted to make sure that all Lifers understood that giving back to the community was the best way for people to see that we have changed and are ready to be a part of everything once again.

Being an assistant house manager is something that Steve has found a great appreciation for because he can now see the positive changes he has on others. He said that “every once in a while you say something to someone and you can see it resonates with them, that is what makes it worth it”. Having been in the same position as some of the new Lifers, Steve is able to relate and understand where many of these people are coming from and this is one of the things that makes REAL LIFE such an incredible program. Steve said that “We are all addicts so we can see the signs and people’s actions pretty easily. We try to help them out and give them the guidance we can, but we can only speak from our experience. This program gives you everything you need; you just have to want to do it yourself.”

“I’m grateful for the program and I have no idea where I’d be right now without it,” shared Steve. The family ties that he had lost when he was younger are beginning to strengthen again and he is starting to see success in his life every day. Steve is working full time at Goodwill and often is praised for the good work he does by the managers. With the help of the REAL LIFE staff, Steve has been able to not only turn his life around and successfully overcome addiction, but also continues to help others battle and overcome their addiction as well!