We all have heard the news – schools across Virginia, and the country, are returning via a virtual environment. And, we know it is going to be tough. This article is not here to debate the decision or the ‘whys,’ but was written and being shared to raise awareness and open your eyes to something that worries me greatly: idle time and kids being left home alone. This blog is going to be vivid and bold, but I have seen way too much to sit here and be silent. Parents need to have eyes wide open going into this virtual environment!

Most people think of someone who uses drugs as a junkie, a homeless person sitting on the corner with a brown paper bag, or someone who smells and doesn’t shower. They do not think of the middle to upper class suburban teens that are well dressed and have great families. 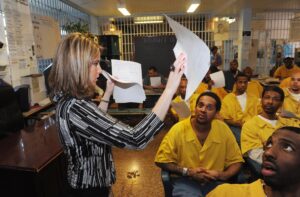 When I first began in the Richmond Jail in 2008, I was shocked at what I saw. I had been to a jail on a field trip in middle school. The rest I “thought I knew,” was from TV and movies, pretty much. Wow, what an eye opener. I walked onto one of the pods, G3 as a matter of fact, and saw a kid from my church youth group – sitting there in a jumper. Yep, locked up for selling drugs. How could this be? He went to church. His parents were nice. He grew up with some money. He even went on mission trips. Next up, seeing inmates from the “good” high schools in the suburban parts of the county. I was floored. The number of young men and women in the Richmond Jail that were from the “counties” (and I am not talking about the ‘poor’ part) that were in for drug possession or distribution – it blew me away.

Many began using for various reasons – mom and dad were gone a lot and they were home alone. They had access to the beer in the fridge and liquor cabinet, and why not “have fun” after dad goes to bed; after all, isn’t that what parents do for fun when they have friends over?! They had access to money; money buys drugs! They had access to jewelry that no one would know is missing and they could pawn it – or old phones, can pawn those too. Oh yea, drug dealers will take items like that in lieu of cash money too. Some were trying to cope with some sort of trauma in their life (and remember, trauma is in the eye of the beholder). Divorce. Dad always out of town and can’t attend sporting events. Bullying at school. A lot of pressure from home. Making bad grades. Moving. Death. Illness. The list goes on and on. Things that often parents do not think about having an adverse effect, but they do, and then kids (who then become adults in the jail) look for an escape – a way out.

Jill Cichowicz, Founder of “A Night for Scott”, a supporter of REAL LIFE and many other like organizations in the community shared, “I think from the outside looking in, most 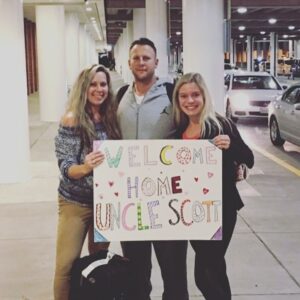 people were shocked to learn about my twin brother, Scott’s death. They couldn’t fathom that this handsome young man that ran gyms in California could die from an accidental overdose, especially since Facebook showed he had an enviable life. Truth is, he struggled for a long time…we tried to help for many years, you never believe that someone you love so much can be yanked from your life in an instant due to addiction. I am fearful of how Covid-19 is affecting the mental health of those around me. There is no race that the nasty beast of addiction spares, so many are struggling as a result of the uncertainty of our future. It’s imperative that we come together to fix this, I want to spare as many families as possible the daily pain my family lives with. I owe this to my children, my family and friends…most importantly Scott”.

I remember sitting and talking with one of the men in the program. He grew up in the projects in the City. His dad (also in the same program) was a drug dealer. He followed in his daddy’s footsteps in every single way. His main “clients” when dealing drugs: “soccer moms in the West End and kids in the area.” I will never forget what he then told me, “Sarah, I kind of was an ethical drug dealer. I felt bad, but I needed money. One time I told one of the ladies: I am trying to get where you are, and this is why I am doing this. You are tearing your life apart and are going to end up where I am if you keep doing this.” She didn’t care, so he sold her the drugs. And then there are the suburban kids.

But did you hear that: Suburban kids are often a target. Or, if kids seek it out, I promise you they will find someone to sell to them. I will also add, there are a lot of teens/young girls from Powhatan who go to the City to prostitute for drugs and drug money. Shocking, huh?

Now, let’s insert COVID – something that has not been a part of any of the conversation above. COVID has already made things worse – way worse.

Drug use has sky rocketed. The cost of drugs both in the street and in jails (yes, in jails) has increased by 300% in some cases. It’s the basics of economics. Demand up, prices up!

Overdose has increased significantly as well. While Virginia as a whole has not put out numbers, Richmond City has preliminary numbers and they are not good. Same as the counties.

Social restrictions enacted as a result of COVID-19, have had a huge impact on this. People’s mental health is declining, PTSD kicking in, depression – the list continues.

Now, with the implementation of virtual learning – that is just one more thing. Teens will be home for extended periods of time. Being at home creates stress in teens, just as it does to adults and parents. When teens are left home alone, they are more likely to turn to alcohol or drug use out of sheer boredom, out of curiosity, or out of a desire to counter negative emotions; using alcohol or drugs becomes a coping behavior. 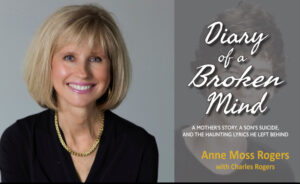 Anne Moss Rogers, community activist, author of Diary of a Broken Mind, and a mother whose son died by suicide while going through withdrawal from a heroin addiction, agreed, “This COVID-19 environment creates the isolation that fuels the misuse of drugs and alcohol. Teens who are grieving, depressed, bored, or feel less connected, often resort to drugs and alcohol to feel good or numb their feelings. Adolescents are more at risk for addiction because they have underdeveloped coping skills and their brains are still developing.”

Parents be mindful. This could be your child. Idle time is the devil’s playground. The stresses from schooling at home, being at home, and COVID are traumatic to many. This often leads to destructive behaviors and poor coping. Keep your eyes open. Do not believe for a minute this can’t be you.

Common characteristics among those who use drugs and things to look out for:

If you believe your teen may be using drugs or on the verge, please reach out for help. There are many organizations that will help, including us! REAL LIFE is a non-profit organization and we offer all services free of charge. REAL LIFE serves individuals who have been impacted by incarceration, homelessness, or substance use disorder by giving them an opportunity to overcome their personal and community barriers that hinder their pathway to a Thriving Life.

During these trying times, however, REAL LIFE is engaging in community outreach to raise awareness of how drug use is affecting individuals from all walks of life.

Another free resource – ebook: Is your child or spouse using? Written by Anne Moss Rogers.