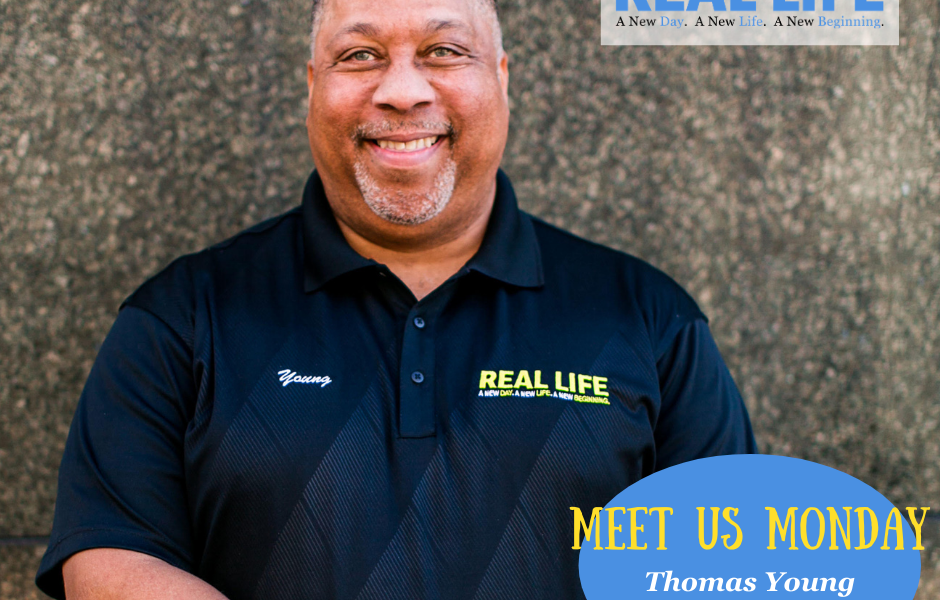 Happy Meet Us Monday! This week, we’re highlighting one of our amazing Pathway Navigators – Thomas E. Young, Jr., AIC. Also known as “Young,” he has been a pivotal part of the organization since our inception. After meeting our founder, Dr. Sarah Scarbrough, while working as a case manager and classification specialist at the Richmond City Jail, he decided he wanted to join her team and become a Pathway Navigator to serve our amazing Lifers.

Something you might not know about Young is that he actually majored in music during college and toured with a band called Groove Spot for 15 years all along the east coast from Maine to Florida. (Ok, you probably do know that, he doesn’t ever miss an opportunity to share about his drumming days)! GrooveSpot opened for many popular artists and the band is recording their second original song this summer! His son is a sophomore at Old Dominion University, where he is studying music as a Sound Technology engineer major (check him out on YouTube).

In addition to Young’s passion for music, he holds a degree in Public Administration. He served in the U.S. Air Force as a staff sergeant on tours all over the world, including Alaska, California, and Germany as a Cryptologic Specialist. Later Sgt Young served in Desert Storm on the Trip R Team (Rapid Runway Repair). After returning to Virginia, Young worked as a fraud investigator for Allstate Insurance and then started his very own private investigation company, Young Investigations, working for citizens and companies all across Virginia.

When beginning at the Public Defender’s office as an investigator, Young says: “This is where my life changed.” He testified on many of his clients’ cases and had a very high success rate for his clients. Young represented all sorts of people involved with the justice system, such as those who were falsely accused. He worked closely on some cases with attorney Stacey Davenport, the current Commonwealth’s Attorney in Chesterfield.

In Young’s role, he strives daily to meet the needs of his Lifers and to put them onto a path to be successful in life.

Young’s experience as an investigator has helped him throughout his employment at REAL LIFE. He reads people and listens to their needs, risk factors, and history, so he can implement ways to help them avoid going back down the wrong path.

“To see a broken man that has no hope for his future, no job prospects, no roof over his head, to having a job, being drug-free, being positive, and being a productive member of society is amazing. Those success stories are what make this job the most rewarding job I’ve ever had,” Young shares.

Of course, this job comes with challenges, but Young perseveres and continues to serve our Lifers with so much passion. Young and the other case managers have previously lost clients to drug overdoses, which is devastating when working so closely with them.

While working with his Lifers, Young inspires and motivates them to find a successful path in life by coming into the REAL houses. He builds lifelong relationships with clients to ensure they “go from sustaining to thriving.” As one of our invaluable Pathway Navigators, we truly couldn’t do it without Young being a part of the REAL LIFE team.

It’s an honor to have Young on the REAL LIFE team as he changes the lives of so many clients and co-workers. We couldn’t do it without you, Young!