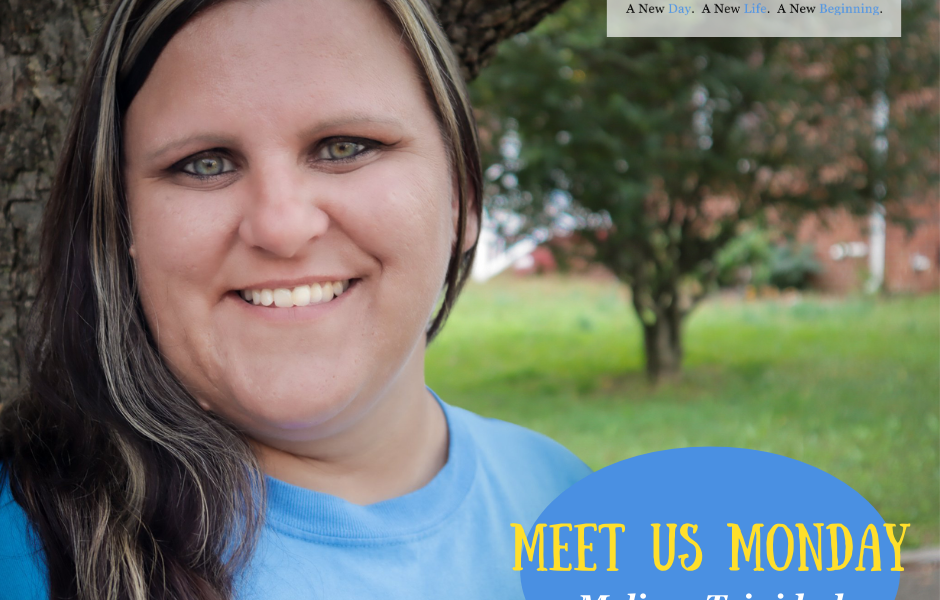 To the outside world, Melissa Trinidad was leading a charmed life. Having found remarkable success in a lucrative sales career at a young age, she purchased her own home at 21 and was enjoying life with her partner and a growing family. Years later, she would lose it all. It would take a stroke of luck, determination, and the help of someone who saw her potential to put her life back together.

With her positive attitude and outgoing personality, few knew the deep pain Melissa harbored as a victim of years-long abuse at the hands of her stepfather. The biggest betrayal, though, came from her mother, who chose to embrace denial. True to her nature, Melissa kept the trauma close to her chest and, to the outside world, was an unstoppable force with a sunny disposition who refused to give in to discouragement or self-pity, even after a 2000 car accident that left her injured and in chronic pain. Like any other challenge, she took it all in stride and pressed on. When her mother passed away unexpectedly in 2012, however, Melissa’s once unshakable fortress of positivity and strength crumbled around her, and she found herself unable to cope with the loss and unresolved issues. “I had never really told her that I forgave her,” she said.

To numb the pain, Melissa grew increasingly dependent on the opiates she had been prescribed from the car accident. Soon, she moved on to heroin and cocaine, setting in motion a cycle of drug use, arrests, and jail time. In the span of seven years, she racked up 12 felonies, including possession, prescription fraud, obtaining narcotics by fraud, and other charges. The once upbeat and successful young woman now watched helplessly as, one by one, everything she’d worked so hard for was lost to her: family, career, home, and self-worth.

In May 2019, she found herself back in the in the Virginia Peninsula Regional Jail awaiting sentencing for felony drug-related charges, including probation violations in two different jurisdictions. “I was facing quite a bit of time,” she said. As luck would have it, her jail time coincided with an opportunity to take part in a new program designed to help female inmates address substance use disorders. Melissa enrolled in WAITT (We are in this Together), where she was introduced to the REAL LIFE course modules. Here, finally, was hope. Over the next 11 months, with her sentencing date looming, Melissa completely immersed herself in the program. The former goal-driven overachiever reemerged: she would graduate three times.

“I had a lot of time to work on myself and figure out why I kept doing these things that I was doing to land me back in jail every time,” she said. “I created a very good foundation for myself and gained a lot of knowledge about addiction. They just taught me so, so much.”

As a result of her hard work, Melissa was offered a bed at one of the REAL LIFE houses but had to await sentencing before she could accept. Facing several years in prison, she was thrilled when the judge took her success in the WAITT program into account and handed down a sentence of only six months. Though pleased with this outcome, Melissa was concerned that the half-year delay would cause her to lose her coveted spot at the REAL LIFE house. Now that she’d found her lifeline, she was desperate to hold on. What she didn’t know at the time was that REAL LIFE founder Dr. Sarah Scarbrough, who had already seen Melissa’s potential, would hold that spot for her for the duration of her sentence. Upon her release, a grateful Melissa entered the REAL LIFE house, where she began to apply what she’d learned and reclaim her life.

I was just ready,” she said. “Ready for the change, ready to implement all of these things that I learned, and I’ve been doing just that.” Soon, Melissa was able to reenter the workforce as a server. “Not a lot of money,” she said, “but I did what I had to do.” With her strong background in computer skills, REAL LIFE was later able to connect her with a teleservice company willing to hire people with criminal backgrounds. There she gained full-time employment as an on-call dispatcher. Unsurprisingly, she has excelled at the position and now enjoys good pay, benefits, and a renewed sense of pride in her work – things she thought she would never have again.

“I feel like still being in this program and being able to help other women who are getting out of incarceration and going through similar things that I have been through – not only am I trying to be a help to these women, but it helps me by keeping me focused,” she said. “I was there once. I was the girl getting out of jail who had lost everything because of being incarcerated. A lot of these women get out and they’re beat down, discouraged, and they want to give up, so I’m walking proof that, 12 felonies later and being incarcerated numerous times for long periods of time over the last seven years, you can change your life. Here I am now, a house manager of a recovery program and working full-time at a great job and doing well.”

Despite her success, Melissa continues to face challenges as she works to rebuild her life and reestablish trust with her children. Still, she knows she is headed in the right direction. “I never thought that I would be where I am today, even,” she said. “It’s not easy, and it’s never gonna be easy, and life’s going to happen and stress and all of that, but it’s just important to remember that I may not be where I want to be yet, but I’m not where I was, and that is what’s important at this point.”

Today, Melissa knows that she will have to remain vigilant when it comes to protecting her sobriety but is confident that she now has the tools she needs to do just that. “Addiction is always knocking at my back door, just waiting for me to mess up, and so I’m not willing to give that the control this time. I’m going to fight with every breath in me this time, because I have all the resources, all of the tools, and everything that I need to be successful, thanks to REAL LIFE.”