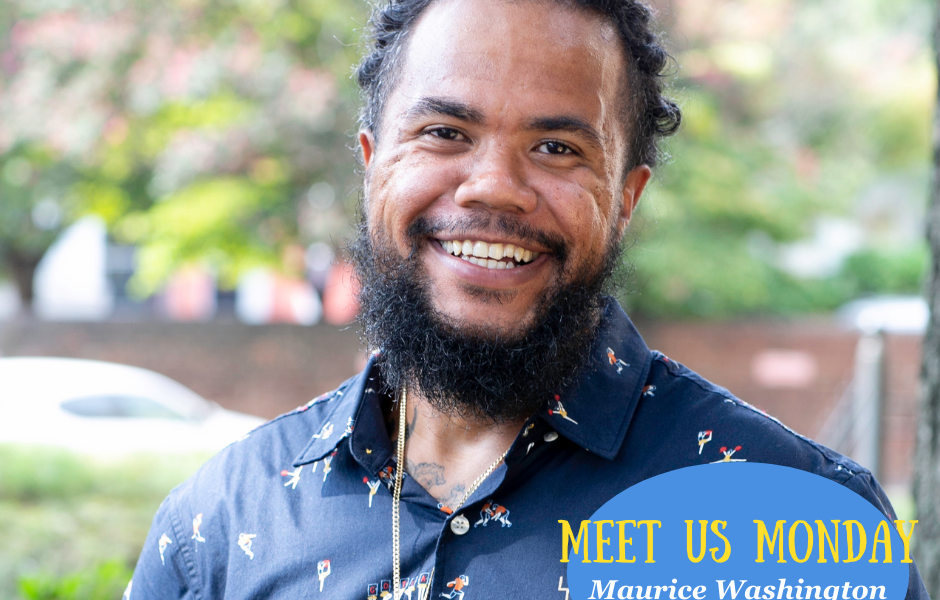 Maurice “Reese” Washington was never short on goals and dreams for his life, but substance use disorder, arrests, and, ultimately, incarceration took them further and further from his grasp. With perseverance and the stability offered by REAL LIFE, he began a remarkable journey that would transform him from inmate to entrepreneur, business owner, and published author – all in less than two years.

When Reese was released from the Greensville Correctional Center (prison in Virginia) following a 2015 arrest on drug-related charges, a friend offered him a place to stay. Surrounded by the familiar – drugs, alcohol, and people who used – he found himself slipping back into old, destructive habits, leading to a second arrest on possession charges and another jail sentence. For Reese, it was a wake-up call, forcing him to acknowledge that he had a drug problem he would have to address if he hoped to reclaim his life.

Prior to his first prison sentence, Reese was introduced to REAL LIFE in the Richmond City Jail. This time though, he reached out to them for help. In October of 2019, he was bonded out and, as a condition, enrolled into one of the REAL LIFE houses.

“It helped me,” he said. “It taught me that I needed to change my environment, you know, people, places, things. I got introduced to the whole NA (Narcotics Anonymous) experience, as well.” Today, Reese has been clean and sober for a year and a half.

While working through the REAL LIFE program and completing the required coursework, Reese was able to get his license reinstated and secure a job. He successfully graduated in June of 2020, and was asked to consider accepting a position as house manager. “They asked me if I would take the position, which I gladly accepted,” he said. Today, Reese facilitates client intake and drug screens, enforces house rules and procedures, and mediates issues between housemates, among other responsibilities. He also collects room and board payments from clients who have become settled and successfully employed, a condition of REAL LIFE housing.

Reese’s hard work has helped him become a better parent to his five children. “Now I’m in the position where I can see them more. I’m working on visitation so I can build a better relationship with them.”

Reese credits the stability and support he found through REAL LIFE with helping him realize the goals and dreams that, at one point, seemed out of his reach. “It helped me tremendously,” he said. “The biggest thing that helped me was the living environment and just being surrounded by positive people and a support system.”

Sober and stable, Reese was finally able to focus his attention on the future. Recently, he became a published author with the release of his children’s book titled The 12-Step Ladder. Inspired by spiritual texts he read during his incarceration, the illustrated book is about a wise king and his four children, whom he teaches 12 essential keys for life. “I wanted to write something that can be a tool to help guide children and give them something to learn,” he said. He is also putting the finishing touches on two more books he plans to release in the near future. In addition to being an author, Reese recently became an entrepreneur when he started an herbal supply company. Plans are in the works to start two more businesses.

Among his many accomplishments, the one that has, perhaps, meant the most to Reese is his family’s reaction to his transformation and success.

“My mom and dad and my whole family, they’ve never been proud of me for anything,” he said. “I was always in trouble, disappointing them and hurting them in many ways, so I’ve never been able to make them proud, which I’m doing now. It makes me happy that I can make them happy.  REAL LIFE has given me the foundation and ability to be very successful.”

His advice for others who find themselves living in the cycle of substance use disorder and incarceration is straightforward: “The biggest thing is you have to understand the great importance for you to change your surroundings,” he said. “That’s the key. If you really want to get away from it, you have to change your surroundings. If the people around you are using, you’ve got to understand that you cannot be around those people, even if you have to isolate yourself and put yourself around people who don’t use. You have to want it, though, to be able to do that. If you can get into a program, if you think that’s what you need, you’ve got to take that first step.”