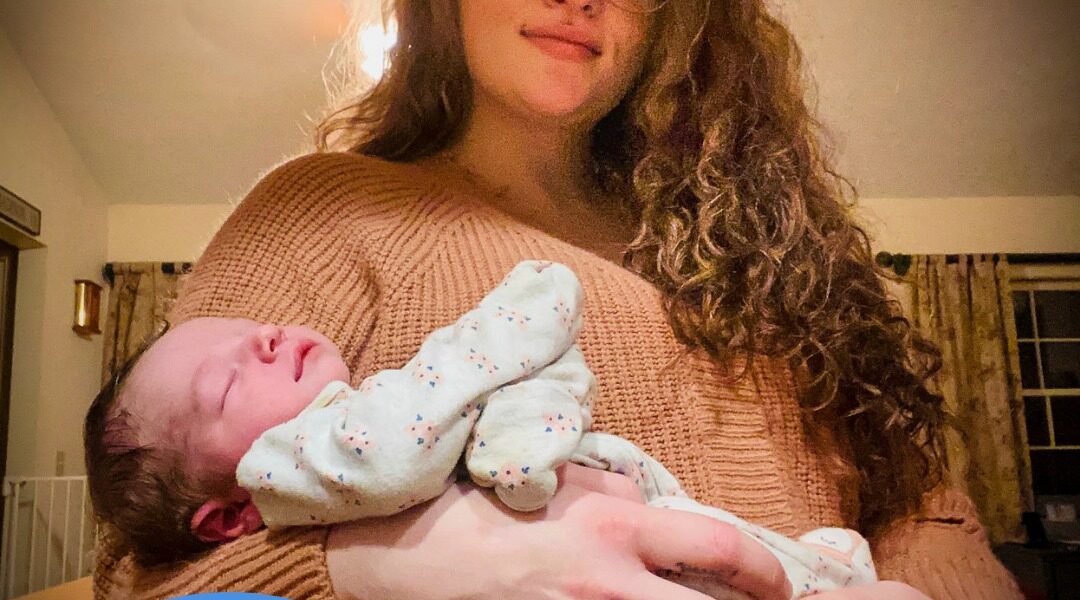 Mackenzie, a young new mother, has been leading a life once thought unimaginable through the help of REAL LIFE.

After witnessing a traumatic event at the age of 14, she began using heroin and spiraled into a lifestyle where drugs became her priority. This lifestyle negatively affected her relationship with her family and those closest to her. At the age of 19, she found herself homeless and in and out of multiple rehab programs. Most of Mackenzie’s rehab programs proved to be unsuccessful because her focus was not on her recovery.

During a court-mandated rehab program in Louisiana, Mackenzie went on a spiritual journey, found God, and graduated from a bible program. At the end of her rehab in Louisiana, Mackenzie returned to Virginia and immediately started using. She quickly spiraled and reached her lowest point- there was a warrant for her arrest, and she was on the run for about eight months. During this time, she lost a lot of self-worth and began living a life that she never imagined for herself.

An encounter with the police at a friend’s apartment in January 2021 landed her in Henrico County Jail and led to a pivotal moment in Mackenzie’s life. During her second week at Henrico, Mackenzie found out that she was pregnant. Feelings of inadequacy and doubts about being a good mother as an addict soon began to overtake Mackenzie. At that point, Mackenzie knew that her baby was a blessing from God and an opportunity to get her life back on track. She was no longer responsible for just her own life but had to take care of the life growing inside her.

Mackenzie’s mother was intent on finding an effective rehab program for her daughter and found REAL LIFE. Mackenzie instantly saw a difference in REAL LIFE compared to other programs. This past year was her first time living in a recovery house, and she was pleasantly surprised to find supportive people who wanted to keep her accountable throughout her recovery.

She credits everything that she knows about how to live a responsible life to REAL LIFE. Some of the biggest lessons she learned during her time at REAL Life are: how to be a good mother, how to be in recovery the right way, how to communicate with her family, and how to love herself again.

Mackenzie graduated from REAL LIFE and moved back to Madison County, Virginia. She was excited to reunite with her family in time for her daughter Khalani Elizabeth’s arrival in August. In the future, Mackenzie hopes to work her way up in her current job, own a house of her own, foster animals, and begin living life on life’s terms.