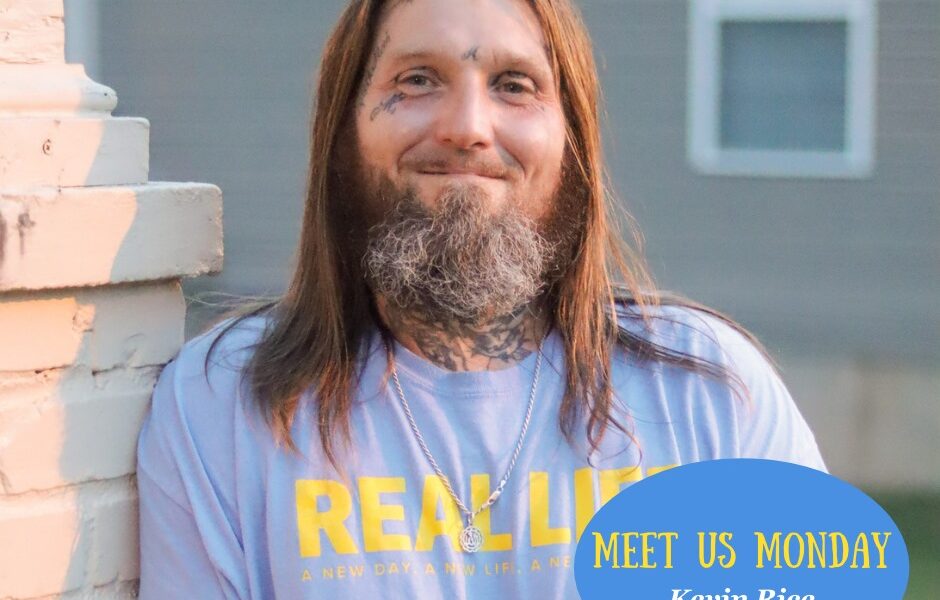 This Monday, meet Kevin, one of our amazing house managers. Born and raised in Richmond, Kevin’s childhood was nothing short of difficult, and he was forced to overcome many obstacles at a very young age. With divorced parents who had both been in and out of prison for addiction, Kevin was exposed to the harsh realities of drug use early on in his life.

Without a stable family to fall back on throughout his childhood, this unfortunately led Kevin to end up in a dangerous and toxic environment from a young age. He says that “Growing up all I knew was the streets, I didn’t have any positive role models around me. My role models were the men on the corners, with the shell toe adidas, the Cadillac and the puma hat turned backwards, that’s what I thought success was being the best hustler/dope boy.” With this environment around him, Kevin struggled to escape this way of life. He ended up in prison for 10 years, and he says that “It was during this incarceration that I really looked at my life and what was going on around me, the gangs, the drugs, and I was comfortable. It scared me.” After this realization, Kevin turned to religion to ground himself and found that this was his way out of this lifestyle. While building his relationship with God while in prison, Kevin met his wife – and they are married to this day.

After talking to Sarah Scarbrough and being admitted into the program, he quickly realized that the process was not going to be easy. However, he says that “it had been the first real opportunity for me to give myself a chance against my addiction. The programs, the groups, the counseling slowly help you to peel off the temporary band-aids you have holding things together and begin to help you fix the problems you have created.”

Kevin left the program early, thinking that he was ready to tackle his addiction back in his own life. In a short time, he was back to using drugs and overdosed for the first time in his life. With help from his wife, he decided that he needed another chance at recovery. Kevin called a house manager at REAL LIFE and ended up speaking with Sarah once again later that week, who told him that he was welcomed back. He says that it was different the second time around because “This time I came because I wanted to live, to peel off the band-aids and do the work, and due to the kindness of Dr. Scarborough I was given the opportunity to get my life back.”

Since arriving at the program the second time, Kevin has been able to make a commitment to himself to “do the best I can, to fight, to live.” Kevin saw people in the house growing, getting clean, finding healthy relationships with others, and knew that the REAL LIFE program was the reason for these successes. He has also learned how to battle his cravings and to recognize and walk away from situations that are dangerous or detrimental to his recovery. Kevin’s attitude toward his recovery is truly inspiring and as a house manager, he uses his experiences to help encourage others going through the program.

Since becoming house manager, he has loved being able to work more closely with the staff and seeing others grow and progress through the program. He is more aware of how his actions affect not only his life, but those around him as well. Kevin now views life as an ongoing improvement from the past. He says, “One day at a time, every day that we don’t use, every day that we don’t lie to ourselves, is better than what yesterday was.”