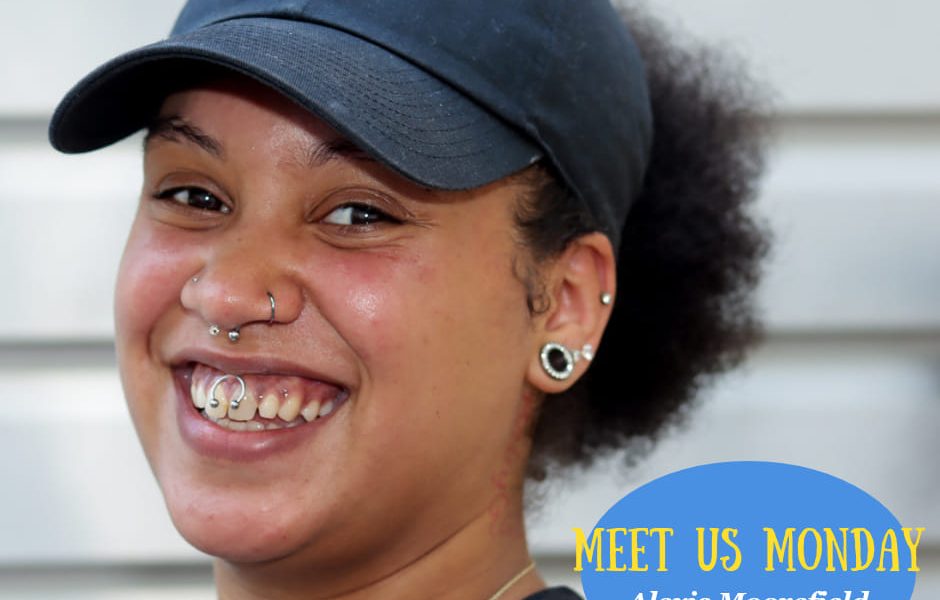 By the age of thirteen, Alexis was already using drugs and other substances; her use continued as she grew up.
As her habits continued, she faced multiple felonies and even served time in jail. She did not finish her high school education and by the age of 22 had received her second felony. She struggled in her family life as she pushed away many of her family members, including her mother.

As she continued with her lifestyle, she was arrested. She says “it was a ‘in the wrong place at the wrong time situation,’ but it saved me.” She continues and explains that she was planning to leave town with other people to do things that she knew she should not do and when the authorities arrived, she saw it as “God removing me from a bad situation.”

Her attorney contacted REAL LIFE and from there she began her journey to recovery. Once she was connected, she began to form relationships and slowly she became trustworthy. She said that gaining the trust of the other members of REAL LIFE was so important to her and months later became a house manager for REAL LIFE.

Alexis now looks forward to earning her GED and has been able to reconnect with her mother and other family members. She enjoys spending time with her three year old daughter and looks forward to the birth of her second child.
“If I can do it, anyone can do it. You just have to want it” she advises. REAL LIFE enabled her to reconnect with loved ones and find a community that supports her.