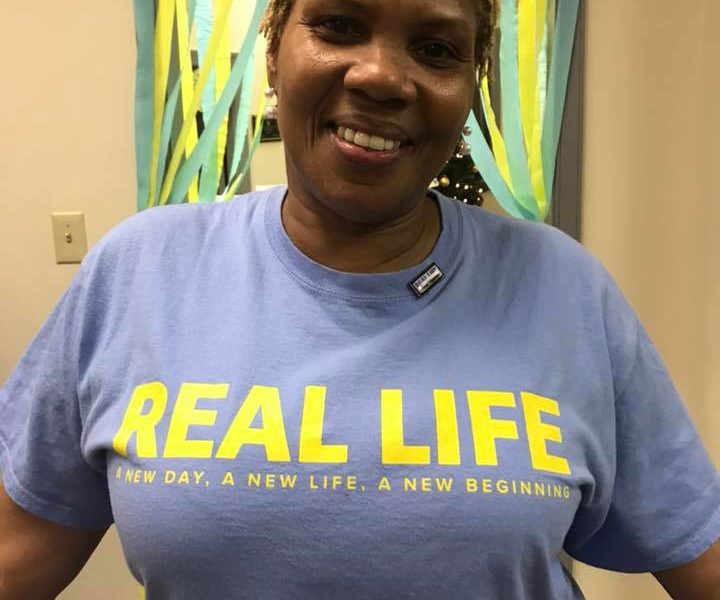 Our February blog as a part of our women involved in Human Trafficking and Prostitution 2019 series:

Peggy was just 17 years old when her life was plagued by human trafficking. Looking to make some extra money, it came to her attention that she could sell her body for more money than a typical retail or restaurant job could provide. Her career started in Rochester, New York; a place of danger and insecurity.

In the early beginnings of her career as a prostitute, her pimp had her placed in a “whore house.” The house was used as a way for “Johns”, or customers, to purchase young women and use them for their services. She stated that she was working 12 hours or more per day and saw numerous customers as the clock slowly ticked forward.

The conditions in which she lived were considerably worrisome for she did not see a penny of the profits she worked towards. Though she did not see the tangible profit, her pimp did grant her a place to live (the house), as well as provide food in order to keep her active for the revolving door of customers.

Understanding that she was being taken advantage of by her pimp, she requested that she be moved out of the house and into a massage parlor. The massage parlor granted her direct access to her profits; a concept that was rewarding, but new to her in this chosen field.

To her demise, the massage parlor was a hot bed for police raids. It was her mission not to face a run in with the law, so she decided that it would be best to drop the parlor scene and move on to the streets of New York. By this time, she had just turned 19. From the time she was 17, she had been loyal to only one pimp. After facing such issues in the parlor, as well as the house, it was time for make the switch to streets, and take on a new pimp.

As Peggy was brought in by her second pimp, she started her career on the streets of New York. Protocol for working the streets was considerably different than her time in houses or parlors. Since the streets were overwhelmed by crime, such as theft and robbery, her pimps would see to it that any amount over 300 dollars was picked up in an effort to keep the girls safe from robberies. The pimp’s investment in these girls meant that they would be treated in a manner that granted them as much security as possible in the field of prostitution.

Her time at the house had scarred her by instilling the fear of not being paid. This position as a sex worker had become just another job for her, though she hated every second of it. Peggy had spent time travelling through numerous states, places including California, Florida, Massachusetts, New York, and Virginia. No matter where she was headed next, she was numbed by the emotional and physical pain that selling her body inflicted.

The emotional trauma became more prevalent as she had been raped several times throughout her career. I asked her if there was one experience in particular that stood out over the rest, and while she had many stories to tell, it was clear that one had troubled her the most.

During her time in California, Peggy hesitantly recalled an experience in which she was gang raped by 4 men. She remembered not being able to see the men’s faces as she was pulled into the vehicle through the window, forcefully stripped, and raped by men that had no intention of paying her. After the men decided that she was no longer needed, they threw her out of the vehicle, naked, only to leave her stranded on the side of the road. To her rescue was a woman that saw Peggy needed assistance. The lady pulled over, provided her a blanket to cover up, and called an ambulance to see to the trauma she had just endured.

This situation did not stop her from later prostituting herself as a means of feeding her addiction to heroin. She stated that she was successful in prostituting herself because of the lessons her prior pimps had taught her about the business. She also picked up skills including, but not limited to, pick-pocketing. Pick-pocketing was just another way to put money in her pocket as she invested in her vices.

As the tone of the conversation was dialing down, Peggy mentioned her 3 children. As a means of providing for them, she became a pawn in the drug trade, which was the last step to her realization that she could find a new, hopeful path.

Peggy received her GED in 1975 where she then worked in day care; this was all before her time in prostitution. After her time as a day to day prostitute, she moved on to recovery by receiving a certification as a nursing assistant. By utilizing this certification, she began her time with the Department of Veteran Affairs in 1999. She would continue to work there for nearly 9 years. After working for the VA, she relapsed into her heroin addiction, but later found an opportunity to join Narcotics Anonymous.

After years of turmoil, Peggy found the REAL LIFE program during incarceration whilst finishing her stint as a prostitute in Virginia. She joined the program in the summer of 2017 and went onto graduate in September 2017. She is now an advocate for anti-human trafficking organizations, such as REAL LIFE, and wishes to pursue an education in Human Services. With a career in Human Services, she wants to research the topic of substance abuse, as well as empower women through times of addiction.

Peggy’s advice for women that suffer through human trafficking and addiction is to “Let them know that their body is a temple. They should cherish their body. You don’t know what may happen to you.”

~ Thank you to VCU Student Jakob Jenkins for penning this blog!