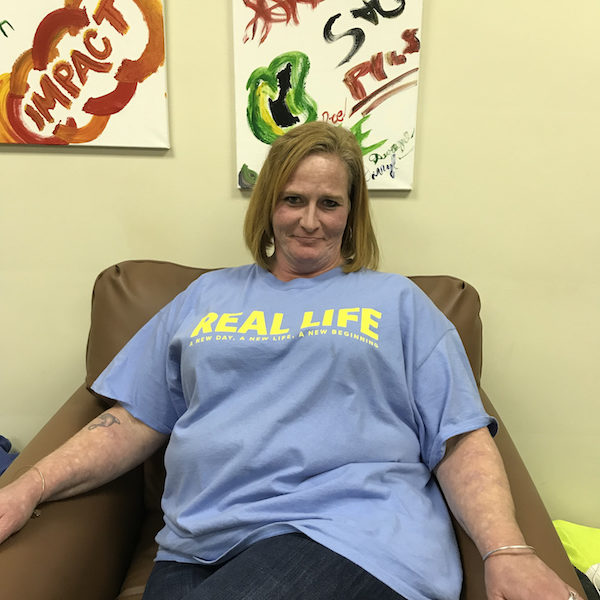 In association to Real Life, Virginia Commonwealth University’s Human Trafficking (fall 2018) course provided the opportunity for students, such as myself, to interview women involved with sex work. REAL LIFE, located on 406 E Main St, Richmond VA, is a rehabilitation center for those who have either been incarcerated, suffered with addiction, or been victim to prostitution. I had the pleasure of interviewing a courageous woman named Misty, a former prostitute and recovering drug addict. Misty’s story is long and distinguished, but for the sake of the interview, was kept short and to the point.

During the beginning of the interview, I took interest in Misty’s life before prostitution. She was born a citizen of New Kent County in eastern Virginia and spent her time there until she graduated high school. Misty highlighted the fact that she graduated high school with excellent grades, but did not have any plans for her future. To her benefit, she is continuing her education, post-prostitution, as she studies Human Service and Substance Abuse as a concentration within her Social Work degree plan.

After being married and divorced twice,Misty started her career in prostitution at the age of 28. She became a prostitute in an effort to provide for her two children, though after a few years of experience, prostitution became a means of feeding a harrowing drug addiction.

With her children in mind, Misty’s days began with dropping them off at school. After they were dropped off, she would make dates with men who wished to pay for her services. All in an effort to be a good mother, she would make certain that her work schedule was parallel to her children’s school schedule.

Taking meetings with the men that wished to pay for her, she ran the risk of being both physically and mentally abused. Unfortunately, in her career, she has been held at gun point numerous times and abused beyond belief. Misty now embodies the trauma she once faced, but has harnessed it as a means of motivation to further herself.

I asked her to tell me about one of the most memorable experiences of her career; she stated that one time a man picked her up and drove her around the city, but on this run, she felt a heightened level of discomfort being in his presence. She exclaimed to the man that he should respect her wish to get out of the car and cancel the meeting. To her disbelief, he neglected her wishes and continued driving. Fearing for her life, she jumped out of the vehicle; she proclaimed that the car was moving at a speed of 45mph. The impact of the fall broke numerous bones in her body; the bones healed, but the emotional trauma embedded a lasting scar.

Situations like these prompted her willingness to take part of REAL LIFE’s rehabilitation program.Misty began her time at REAL LIFE whilst she was incarcerated (for an undisclosed reason). She emphasized the fact that she had been incarcerated numerous times before her stint with REAL LIFE, but never had the physical or emotional strength to fulfill her need to change. But finally, the stars aligned and she persevered.

She is now an alumni of REAL LIFE’s program.

As an alumni, Misty is a part of the Job Corps in South Richmond and, as previously stated, a student aiming to receive a degree in Social Work.

She looks to empower women who suffered the same path that she did by encouraging them to find strength in their adversity. She understands that there must be a willingness  by the women to change in order for change to truly happen; nonetheless, she looks to provide them with an unwavering support system.

I would like to thank Misty for granting me this opportunity and I would also like to thank Sarah Scarbrough, director of Real Life, for making this all happen.

In an effort to help women like Misty, please consider donating to the REAL LIFE cause.