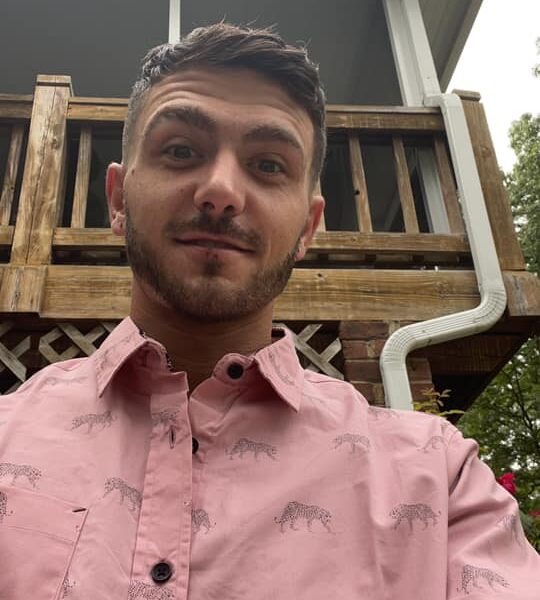 Justice Flynn, one of our very successful and dedicated Lifers, has been a role model for so many people in the program. After a long journey toward recovery, Justice credits his success to the people around him that refused to give up on him, and the strong foundation and support system surrounding him.

Justice was born in Baton Rouge, Louisiana, and moved to New Jersey when he was young. After his parents separated, he stayed with his mother who moved them both to Williamsburg. Justice struggled to adjust to life in the north, and the culture shock took a lot of time for him to get used to. After graduating from high school, he says that he struggled with drug abuse which eventually led to selling drugs. Justice was incarcerated a few years later, and leading up to his incarceration, he admitted that he had issues he needed to sort out on his own in order to turn his life around. Justice said that he had been lying to people, manipulating others, and had numerous other issues that he wanted to overcome. He mentioned that through all of these struggles, the person that made him genuinely want to change for the better was Justice’s fiancée; Justice says that no matter what the situation, she was always there for him. He says that she believed in him even when he couldn’t believe in himself.

While Justice was incarcerated, he joined a program called RSAT, where he met Leighann Sparks and Savana Finn. These two were pivotal to Justice’s rehabilitation, as they were able to help Justice understand why he harbored so much anger and resentment; he found that this anger was a result of his father leaving him and his mother at a young age. Leighann and Savana checked in with Justice every week and helped him to understand himself better and helped him realize how important his fiancée and child are to him. Justice began to improve while attending the RSAT program during his 19-month incarceration sentence, and during this time he heard about REAL LIFE through a man named Patrick. After learning about the program, Justice asked Leighann if she could look into REAL LIFE as a possible option for him to continue his rehabilitation journey. Once Leighann filled out the paperwork for him to join the program, Justice began the next step in his journey toward rehabilitation.

Justice felt as though REAL LIFE surrounded him with other people who both understood and could empathize with what he had experienced. Not only did Justice find others with similar pasts, but he also found motivators who pushed him to be the best version of himself. Justice also praises the sternness of the program; he says that he was in need of that stability in his life. Throughout his time in the program he learned that life is full of expectations and deadlines, and that it is up to him to hold himself accountable in order to complete what is expected of him. He appreciates the honesty of the program as well, as he is held to a high standard with very strict rules which he knows cannot be broken. Justice quickly realized that if he broke these rules he could be removed from the program and sent back to jail. This opened Justice’s eyes and made him realize that the REAL LIFE staff take recovery extremely seriously.

Once Justice joined REAL LIFE, he continued to meet even more people eager to work with him and help him continue his journey to recovery. Justice mentions in particular Maurice Washington, Xavier Cooper, and Thomas Young as some of the biggest reasons behind his success in the program. Maurice was Justice’s house manager, but their ties go deeper than that. Maurice helped Justice get through anger spouts and misunderstandings with himself healthily rather than lashing out or possibly relapsing. Justice says that Maurice was always there for him when he needed support, no matter the issues he was dealing with at the time. Next, Justice described Xavier Cooper, his assistant house manager, as his “first real friend” in his life, and someone who truly cares about his well-being. Justice mentions that Xavier is one of the most reliable people in his life and knows that he will always listen and talk through anything that is going on. Finally, Thomas Young was another significant influence on Justice’s success through REAL LIFE. Young was his case manager and a mediator for Justice and was the voice of reason Justice needed to get his thinking straight. Young always gave Justice the tough love that he needed and taught him important life lessons that he will take with him into the future. These three individuals and the rest of the REAL LIFE staff were been monumental in helping Justice change his life for the better. Justice has said that joining Real Life was “the best decision he has ever made.”

Before joining the program, Justice says he would’ve described himself as a terrible addict, liar, and manipulator. But now, Justice can look in the mirror and see a man who puts his business first, has integrity, is honest and humble, and is overall more mature. He says that his mom now looks at him with pride and tells him that he is doing great in life; this means the world to him and he is proud of himself for getting to this point. Justice is also proud that he has proven to his fiancée that she has made the right decision sticking with him throughout this whole process.

Justice is still working towards becoming a successful business owner, a great father, and maintaining a successful marriage. Justice says that he sees himself as a man who had a dark past but sees a very bright future ahead of him because of the amazing support system surrounding him. Justice is incredibly thankful for REAL LIFE and the opportunities the program has presented to him. By giving him the necessary tools to look within himself, Justice has found the strength to change his life completely. Justice’s advice for anyone struggling in a difficult time of their life is to not give up no matter how hard it may seem in the moment. He says that you have to keep pushing through the tough times because it does get better. In the words of Justice, “you will always find what you are looking for if you want it bad enough,” and Justice is living proof of the truth in that statement.

Justice recently moved back to his home in Southern VA where he obtained a new job and started his own business. He is enjoy time with his fiancé, mom, and children and looks forward to what his future holds.