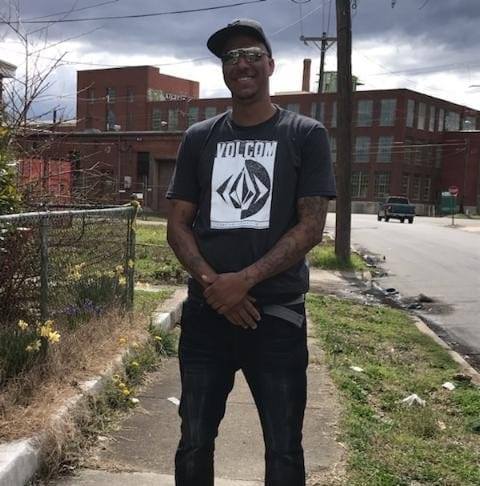 “I wasn’t Arrested, I was rescued”

Aaron, or as his friends and family call him, AJ, grew up in Richmond. Living as a typical boy he got average grades and played basketball. Basketball was his passion, and he was good at it too. During his senior year of high school, he was playing football with friends and broke his arm, which kept him from being able to play basketball. Since around 12 or 13, he had been drinking and smoking marijuana off and on. However, during his senior year while he was recovering from his injury, he found himself starting to go to parties, drinking, and smoking marijuana much more often. “Basketball I think is what kept me straight, until I broke a bone. ¯Then I didn’t really know what else to do with my time. So, I went out.”

He explained how his parents use to have their friends over, partying somewhat frequently with alcohol. As the example set before him, he followed it.

“I wish I would have listened to the advice given to me, (at 12 or 13) the seniors would tell me ‘Man, if you keep it clean, you could be somebody.’  I really wish I would have listened. I was just ignorant.” Continuing to dabble in this “party” lifestyle, once he turned 18, he began partying even more and became open to using harder drugs, even after his injury had healed. “Anything that was offered to me, I never said no. I just tried it. I tried all of it…” He continued with this lifestyle that led him to selling drugs for cash at around 21 years old.  As this life style manifested, he partied more and more, trying different drugs until he finally met heroin.

As many others, he found himself hooked. The heroin overwhelmed him, latching onto his thoughts and actions all of which came together to create the monster that is addiction. Now, he no longer controlled his life, the heroin did. It caused him to do things he never thought he would: stealing from homes, robbing people, and continuing to sell drugs, but now it was harder drugs for higher prices. Overtime, his addiction progressed to the point of him using intravenously and he even contracted Hepatitis C. With guilt, he also admitted that in 2014 he had overdosed on heroin laced with fentanyl while at his parent’s house. It took three doses of Narcan to bring him back. “People ask me, ‘why didn’t that stop you? You could have died?’ and all I can say is that it’s not me, it’s the addiction. I just wanted more heroin.”

AJ also explained that during all of this, he was seeing a woman and they had a child together. With a new element in his life, the child, he felt a subtle but continuous push to get clean, however, he never took it serious enough. While AJ had the child in his care, he would go through withdrawal, or “sickness,” and found that he wasn’t able to do anything with or for his child until he got more drugs in his system first. After disputes with his significant other, he attempted getting clean by going to countless Narcotics Anonymous meetings, and methadone clinics. Both of which, as he stated, “Only seemed to fuel my addiction more.”

With having had established this new lifestyle of hustling drugs and using drugs, he was also in and out of jail. While he was incarcerated, he still continued to use until his most recent time at Riverside Regional Jail. He explained that while he was in, he did intense self-reflection on where he was in life and decided that he wanted to make serious changes. He knew that overcoming a 20-year hard narcotic addiction couldn’t be done alone, so he found guidance through the opioid program facilitated by REAL LIFE at Riverside. “I am so grateful Riverside had this program. It saved my life. If they didn’t offer this program, I don’t know what I would do.” He completed and graduated the program, was released and immediately came to REAL LIFE to live in their recovery house until he establishes a more stable foundation.

AJ has since started a new job with a landscaping company and has already established goals for himself. “I want my Commercial Driver’s License, driving big semis. And I really want to own a home. This one may sound weird, but I also want a car payment. I have never gotten a brand-new car, like, actually driven it off the lot. I want to pay it off- step back and say, ‘I did that, that is my car.’ Then maybe one day, I can give it to my son.”

I asked AJ what advice he would give to anyone thinking about experimenting with drugs. He responded: “Don’t believe the hype, it’s not glamorous.”