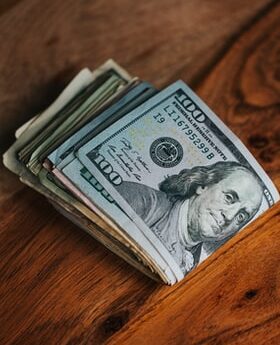 Emanuel Crawford, one of the participants of REAL LIFE advocated on behalf of his community to create a better tomorrow for returning citizens who are chained to the criminal justice system. Mr. Crawford is living out his freedom by being bold, using his voice, and telling his story on how even most minor offenses, court-imposed fines, and fees can generate significant debt that deepens poverty and keeps Virginians tethered to the criminal justice system. This court fee system most often sets our citizens up for failure and hardships instead of working with them to reintegrate into society. Unpaid court debt often leads to additional fines and costs, court hearings, wage garnishments, and even deductions from state tax refunds causing a never-ending snowball effect.

Going further, black communities are already faced with intense unparalleled hardships without these added fees and fines. Just in 2019, one-third of all traffic and criminal fines and fees were levied against Black Virginians, who make up only one-fifth of Virginia’s population.

Recently, Virginia’s General Assembly passed a House Bill (HB 1895) that would allow returning citizens to have a more practical and realistic process to pay fines. The passing of these bills will allow for an extended grace period on interest payments that accumulate from court debt from 40 up to 180 days. It will also make payment plans universally available, not just available to individuals able to afford the down payment. This bill will also allow these individuals to give back and engage with their communities by allowing them to help pay fees through community service work. Lastly, it combines all fees from other jurisdictions and lets the person pay off the lump sum instead of going and paying each jurisdiction directly.

Many returning citizens, in the United States and Virginia, but more specifically in Richmond, Virginia struggle financially to meet the basic needs of their families and themselves.

Currently it is waiting for the Governor’s signature in order for it to then become effective on July 1.

“The current criminal justice system continues to perpetuate racism and profit from families and individuals with low incomes. However, we are optimistic that HB 1895 would, if signed, represent one step toward reforming this inequitable system. This session, legislators were able to hear directly from impacted people in Virginia, who stepped up and made sure their voices were heard. Without their testimony and support from organizations like REAL LIFE, this bill would not have been possible.” Purity Muthaa, The Commonwealth Institute

The passing of HB 1895 will significantly improve the lives of all individuals struggling to pay astronomical fees/fines all while trying to reintegrate into their communities and get their lives back on track. By alleviating the stress of paying fines back with outrageous interest fees, allowing payment plans for EVERYONE, and by giving them the opportunities to work with their communities to help pay their fees/fines, we are reassuring these individuals that we care and that they are worth more than a court fee.