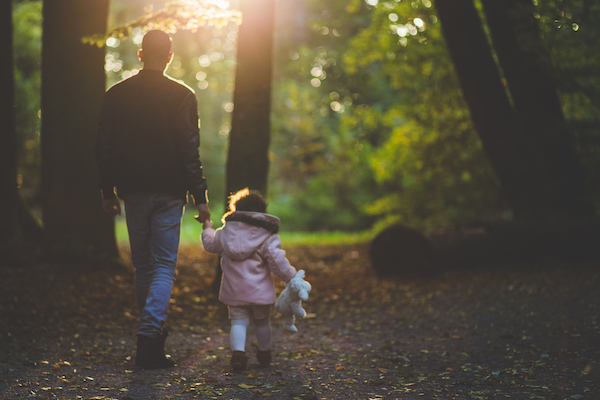 Bond between a father and daughter

As we work hard to develop “functioning families,” which is one of our pillars of service delivery, we offer weekly motherhood and fatherhood classes. Last week’s Fatherhood class was a bit different – it was led by a woman – our Director. Dr. Sarah Scarbrough. She focused on an important topic and one that is often not a focus of classes: the significance of the relationship between a father and a daughter. Dr. Scarbrough shared that parents sometimes forget how significant their role is in their child’s lives; particularly the role that a father plays in the life of his daughter. Most young girls view their fathers as their hero and the relationship between a father and a daughter greatly impacts her future; their relationship will influence the daughter’s strengths, her confidence, her self-image, and her opinions of other men.

A key fact is that this relationship can positively or negatively affects the daughter’s development. Dr. Scarbrough described the bond between a father and a daughter as “one of the strongest bonds in life”; so much so that it sets the foundation for how daughters believe they should be treated. The first relationship that a daughter typically experiences is the relationship between her mother and her father. Therefore, good or bad, fathers demonstrate what a relationship is. We know that often in the lives our of Lifers, there are been negative impact here, but we always share, it is not too late to turn this around!

In order to have a positive impact on his daughter’s future, Dr. Scarbrough noted that fathers must have at least two qualities – consistency and being interested, friendly, and welcoming. When fathers are not consistent, daughters will often display attitudes that can make fathers feels that their daughter does not love him or want him around. However, that is not the case. Instead, this display of indifference is a defense mechanism that the daughter has developed to cope with her father’s inconsistency. During class, one of the Lifers shared that his oldest daughter shuts down despite his attempts to interact with her. Dr. Scarbrough explained that because of years of inconsistency (in this case, in and out of incarceration), his daughter reacts this way to protect herself from the possibility of being disappointed again. Dr. Scarbrough assured the Lifer that if he continues to show his daughter that he willing to make a consistent effort and that he won’t ‘leave’ her again, eventually their relationship will improve.

When a father is interested, friendly, and welcoming, the daughter gains confidence that continues into adulthood because she feels that she has gained her father’s approval. If a father is routinely distracted by his phone, the world, or the streets, he is not showing himself to be a interested and ultimately his daughter will not feel wanted.

It is also imperative that daughters are not made to feel inferior to sons; it is essential that she believes that her father would include her in activities that are considered more masculine – activities like playing or watching sports and fishing. Fathers should not assume that their daughters do not want to participate in those type of activities because she is a girl; daughters should be given the opportunity to choose if they want to participate or not.

Dr. Scarbrough also noted that daughters learn important lessons from their father’s masculine energy; lessons on fitting into a society where she will be surrounded by men, lessons on forming friendships with men, and lessons that contribute to who she will eventually date or marry.

Dr. Scarbrough had an encouraging message for fathers who do not currently have healthy relationships with their daughters and those who may not have been consistent or friendly in the past – “It’s never too late to change. A girl is never too old for her daddy.”

Near the end of class, Dr. Scarbrough shared a list of simple things that fathers can do to inspire, understand, and support their children. Those things include listening to them, encouraging and celebrating their strength using positive words and affirmations, creating a bond and building memories with them by being physically active – go for a walk, have a dance party, or play catch; being involved in the child’s activities, and talking to other parents to validate personal parenting experiences.