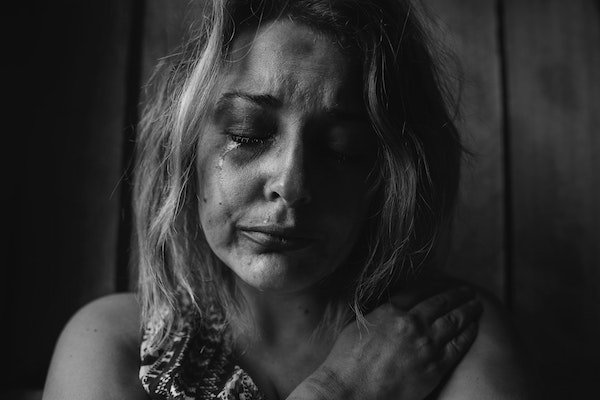 We got married and I thought I’d found my prince…”

“We got married and I thought I’d found my prince. Then, on our honeymoon, things changed.”

October is Domestic Violence Awareness month. But, this is an issue that many people have trouble talking about. We sat down with staff and former clients of REAL LIFE to bring some light to this spooky epidemic.

Lynne echoes a common theme among survivors of domestic violence. Her voice cracks slightly as she talks, she seems genuinely surprised by how bad things got.

“He alienated me from my family and friends, convinced me to stay home and raise kids. Before I knew it, I was totally dependent,” Lynne said.

Though Lynne’s former husband rarely escalated to physical violence, his controlling tendencies and constant manipulation marked him as an emotional abuser.

She said that he was jealous, not allowing her to make eye contact with waiters or strangers on the street. If she did, he’d accuse her of having an affair. He also made a series of rules for her, she was not allowed to leave the sun visor down in the car or celebrate her birthday.

After forcing her to quit her job, he monitored her finances, not allowing her to have any cash or credit cards.

She said she faced constant death threats throughout the marriage, which made her even more hesitant to leave.

Then, tragedy struck. A former classmate of Lynne’s left an abusive marriage, only to have the husband break into her home, murder her along with her two children and light everything on fire.

“That’s how you’re going to die,” Lynne’s husband told her. “Only difference is, I’ll get away with it.”

She felt trapped, she didn’t know what to do.

Domestic violence is increasing in this country at an alarming rate. The National Domestic Violence Hotline received more calls in 2018 than any year since the organization was created in 1996.  And, according to a recent study from Northeastern University, intimate partner murders are on the rise after nearly four decades of decline.

An average of 24 people per minute are victims of rape, physical violence or stalking by an intimate partner in the United States, according to the National Domestic Violence Hotline.

Domestic violence takes many forms, it can be emotional, physical, or financial. Whatever form it takes, it can have devastating effects for years to come.

Misty, survivor of two abusive marriages and REAL LIFE graduate, knows that better than anyone.

At 17, Misty married her high school sweetheart. At first, things were going well. The couple had three children. They were happy. But things changed when their son died. While she grieved her son’s loss, her husband shut down, not even allowing the boy’s name to be mentioned.

“Every time I would cry or say I needed a counselor he would beat me in my head,” Kirby said.

While her husband got better at hiding the abuse over time, the frequent beatings left her with broken ribs and a fractured arm.

After 5 years, she was able to leave that marriage, but the effects it had on her were not just physical.

Misty’s self esteem was low and her issues with addiction had progressed. She remarried, but it soon became clear that her new relationship was unhealthy as well.

Early on in the marriage, her second husband lost his job.

“I was footing the bill for everything and I had my children with me,” she said.

It seemed to be taking a long time for him to find a new job and she got suspicious. She began to ask questions around town. She was shocked with what she found.

“He had been telling me that he was out looking for a job and I found out that he was riding around all day drinking,” she said.

Misty told her second husband if he didn’t get a job by the end of the month, she’d leave him. He did not comply with this request.

“When I went to leave, he beat me in front of my children,” she said.

The story points out a key element missing from the conversation surrounding domestic violence; how hard it is to leave.

Dr. Sarah Scarbrough, founder of REAL LIFE, pointed out that domestic abuse is normalized in many parts of the country.

“I have heard so many times ‘all men hit women and all men cheat’,” Scarbrough said.

Furthermore, victims of domestic violence have often been conditioned to believe that the abuse is their fault.

Jessica Jones, case manager with REAL LIFE, has seen many clients blame themselves.

“[They say] ‘I knew he had a bad day, I shouldn’t have kept asking questions. That always makes him more angry. I know better’,” Jones said.

“[They tell you things like] ‘I only talk about the bad stuff he does, he does have a good side to him’ [or] ‘He didn’t mean it. He is working on himself’,” Smith said.

REAL LIFE helps survivors of domestic violence by building meaningful relationships to gradually improve self esteem. But, leaving an abusive partner is dangerous, no matter the survivor’s mental fortitude.

Both Misty and Lynne were trapped in their marriages because of financial issues. When they left, both had trouble getting custody of their children. They were threatened and stalked by their former husbands.

For both, leaving their marriages were not easy. They did it because the marriages were only getting worse. Lynne said that she felt she was would die no matter what she did.

Nevertheless, neither one of them regrets that decision.

Misty currently runs the female recovery house at REAL LIFE and works at REAL LIFE through AmeriCorps full time. She loves her work and has regained relationships with all her children.

“My kids turned out wonderfully and they’re super proud of their mom,” she said.

After leaving her husband in 2005, Lynne recovered as well. She wants all survivors of domestic violence to know that there is light at the end of the tunnel.

“I am happily married, my children are thriving and doing great,” she said. “So, life turns around.”

Anyone experiencing issues with domestic violence should know there is a way out! Seek help! It is not okay, and you are loved! There are many organizations that can help you navigate this, including REAL LIFE. You can also call the National Domestic Violence Hotline at 1-800-799-7233.