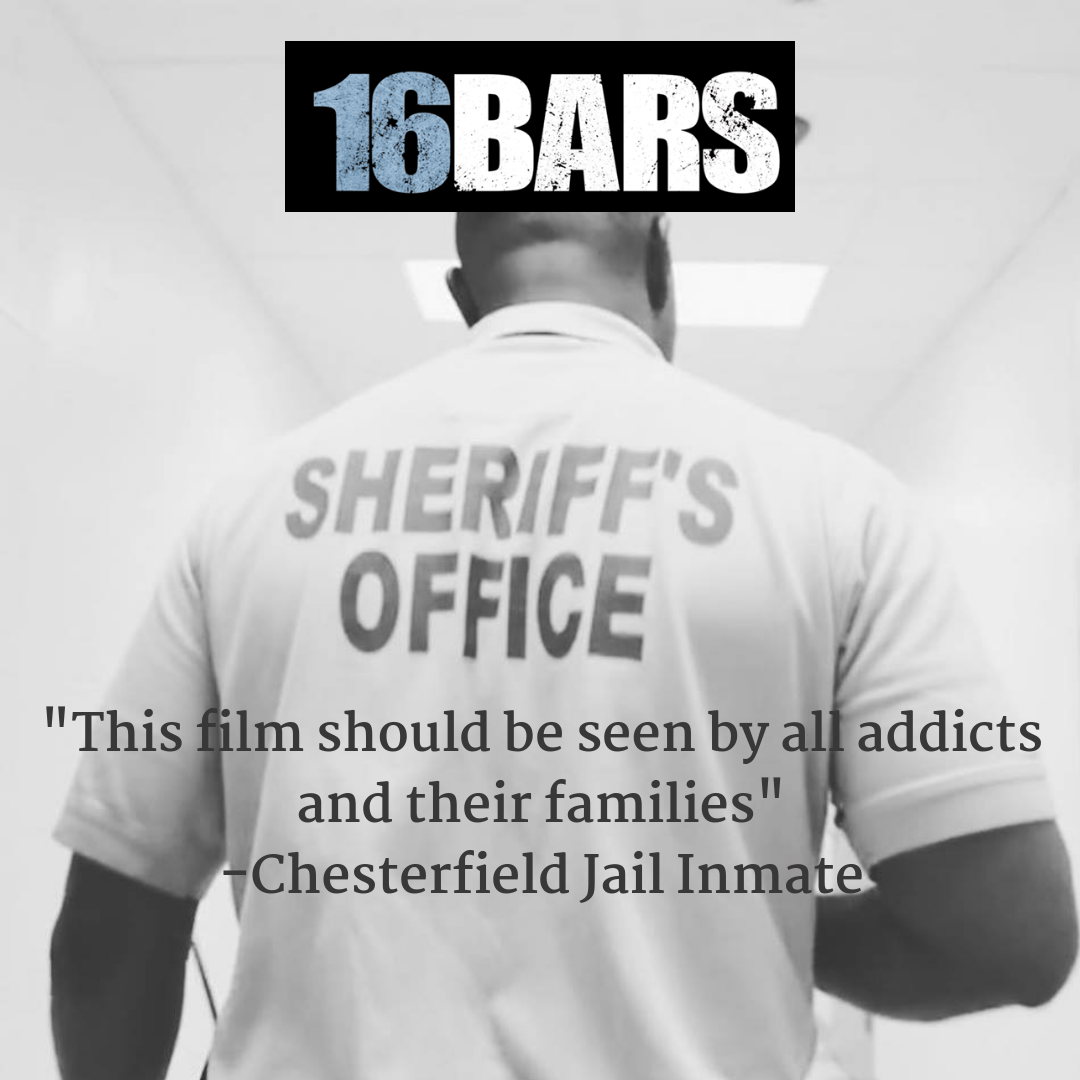 If you didn’t see Part 1 of our blog all about the new documentary 16 Bars about the REAL program, click here and check out the initial details. But many people have asked, “What’s next?” While we hope the film reaches as many people as possible to spread awareness, we also hope to use the film to show the humanity of people who are incarcerated and battle the situations so eloquently illustrated in the film. We hope the film shows audiences the very real struggle those behind bars have upon release, so that we as a community can better address the issues – just what we at REAL LIFE strive to do daily.

While the film festivals around the country have been incredibly encouraging and have made the film available on a wider scale, the screenings at two local correctional facilities really had quite the impact. We hope that the film will continue to be shown in jails and prisons, for both the staff and the inmates. 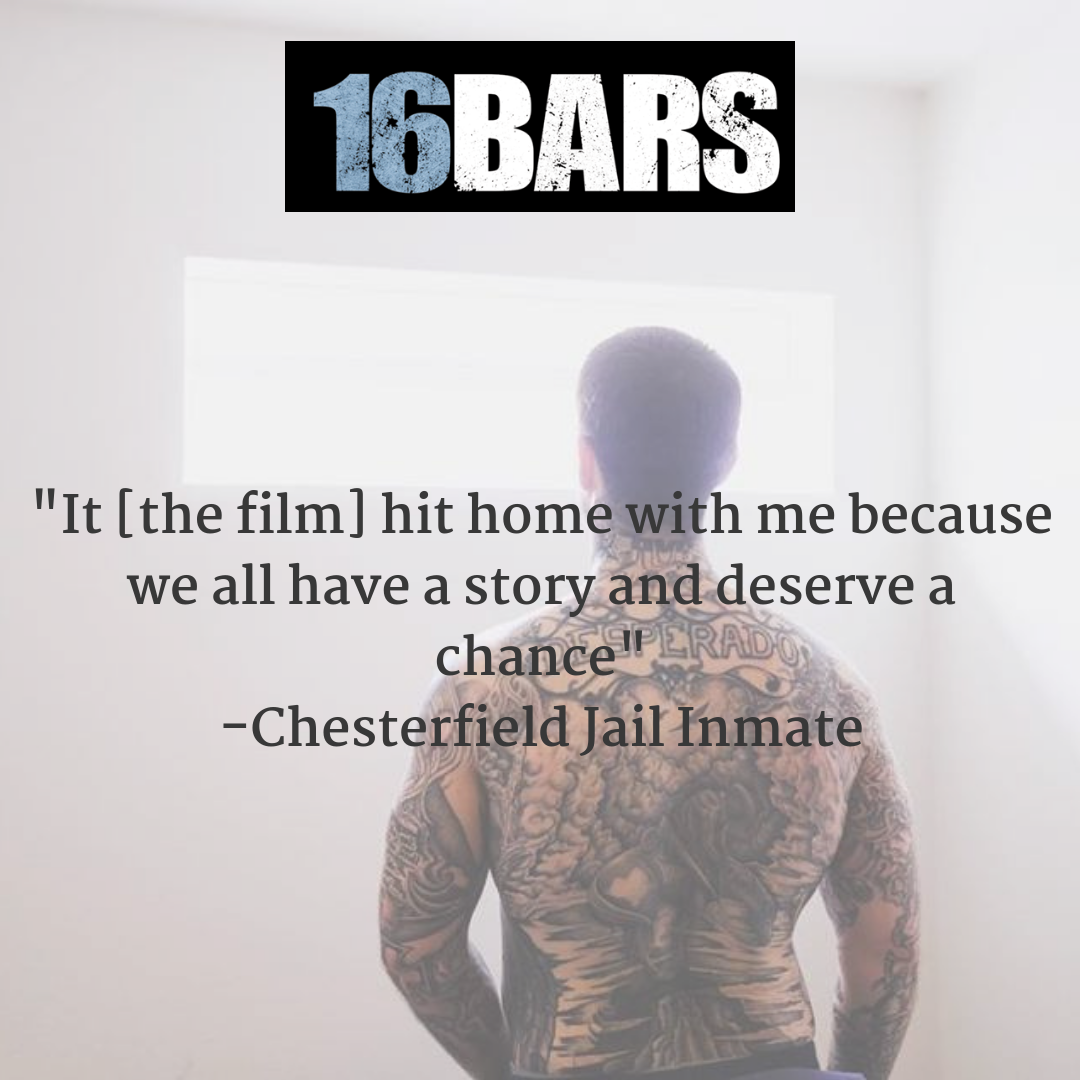 We are so grateful to Sheriff Karl Leonard of Chesterfield County, VA for opening his jail to us to screen 16 Bars.  We appreciate him seeing the value in allowing the screening of such a film in his jail. REAL LIFE Director, Dr. Sarah Scarbrough, and RL Case Manger Ryan Riggs attended the screening, along with film subject Loretta Jackson (who is Teddy’s mother). The feedback received from the men and women in attendance at the screening was incredible – one of Teddy’s childhood friends was present (as an inmate) and shared raw emotion of how difficult the movie was to watch due to being reminded of the harsh realities faced in the community; but he appreciated the reminders of how tough it is out there and thought these reminders would assist his re-entry back into the community. He concluded his remarks by giving Loretta a big hug and thanking her for coming. Other inmates, both male and female, shared similar sentiments. Here is some of the feedback we received and some photos from our Chesterfield screening: 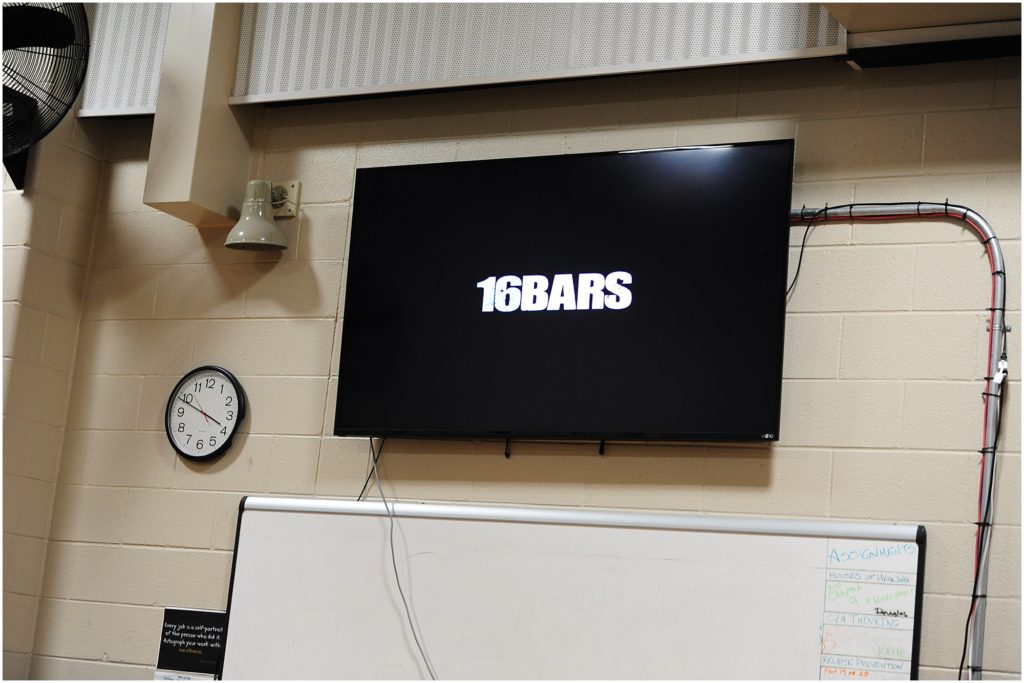 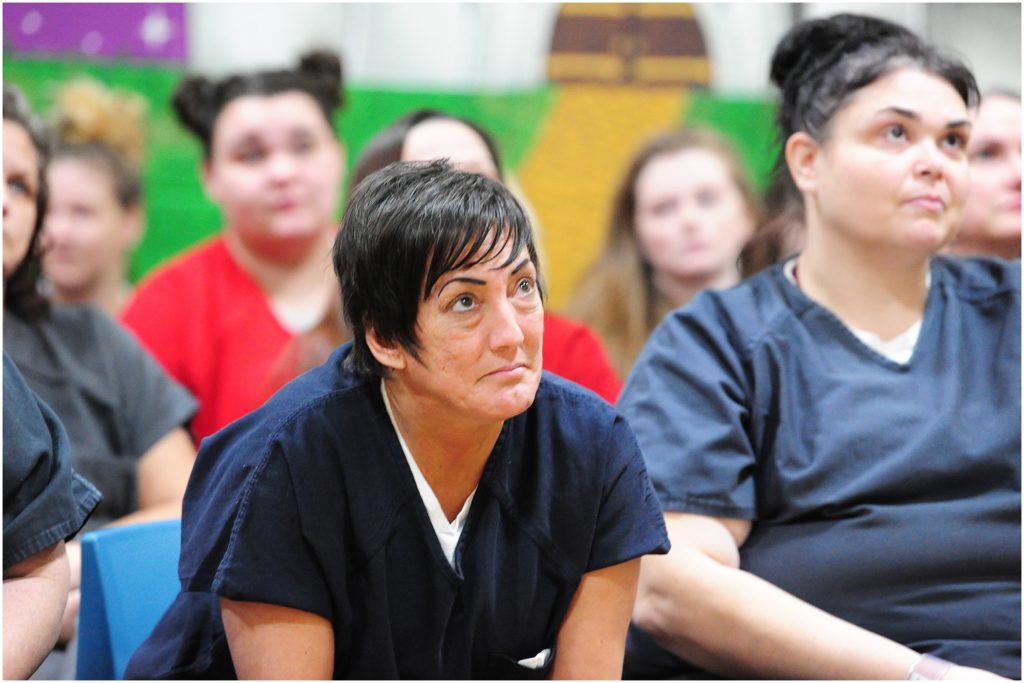 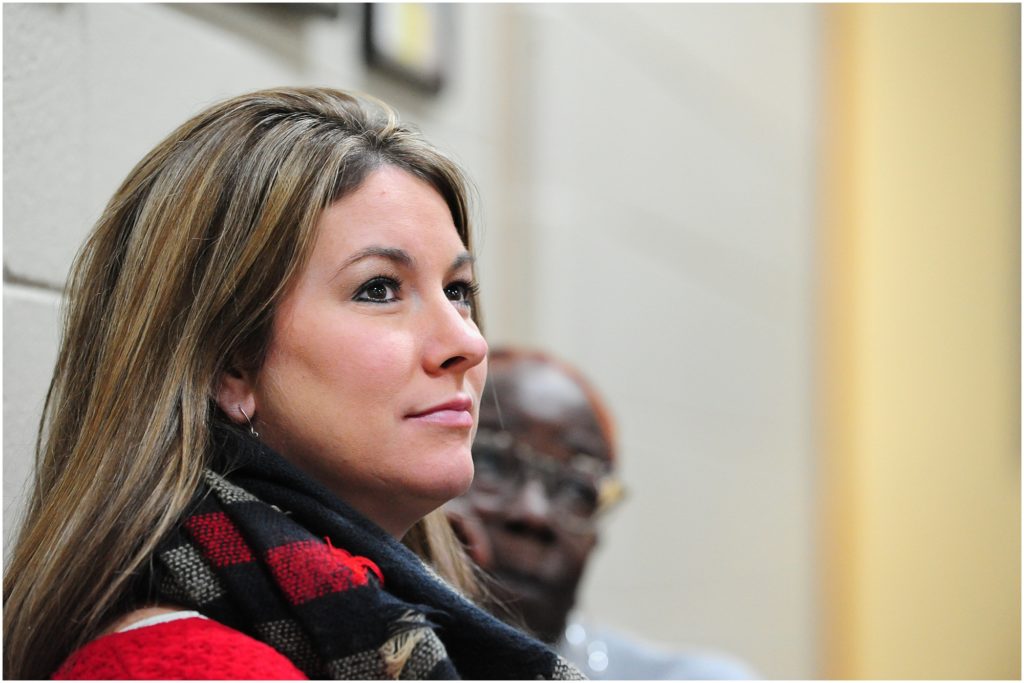 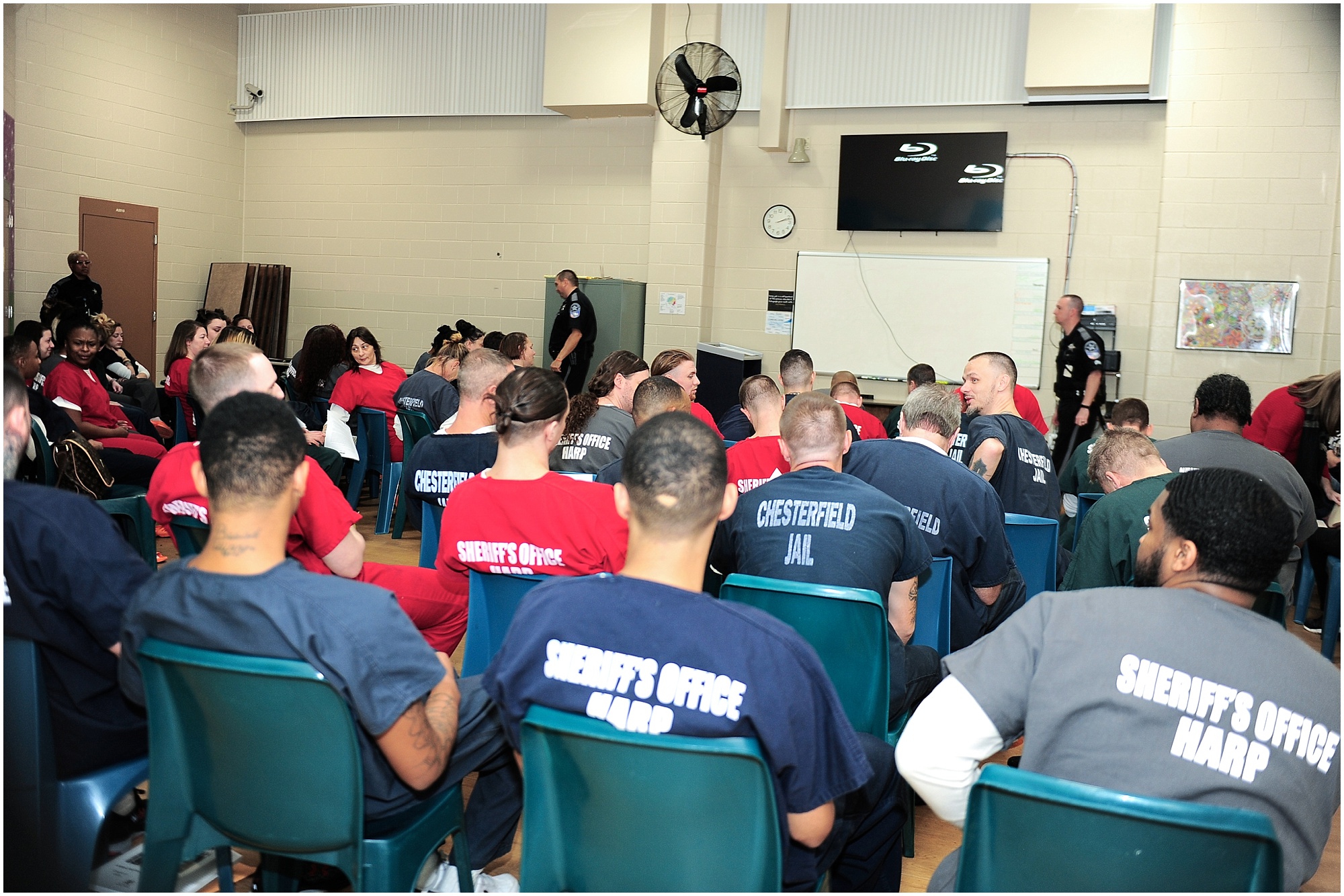 “This film is completely relatable, it’s shown me I’m not alone in my struggle” 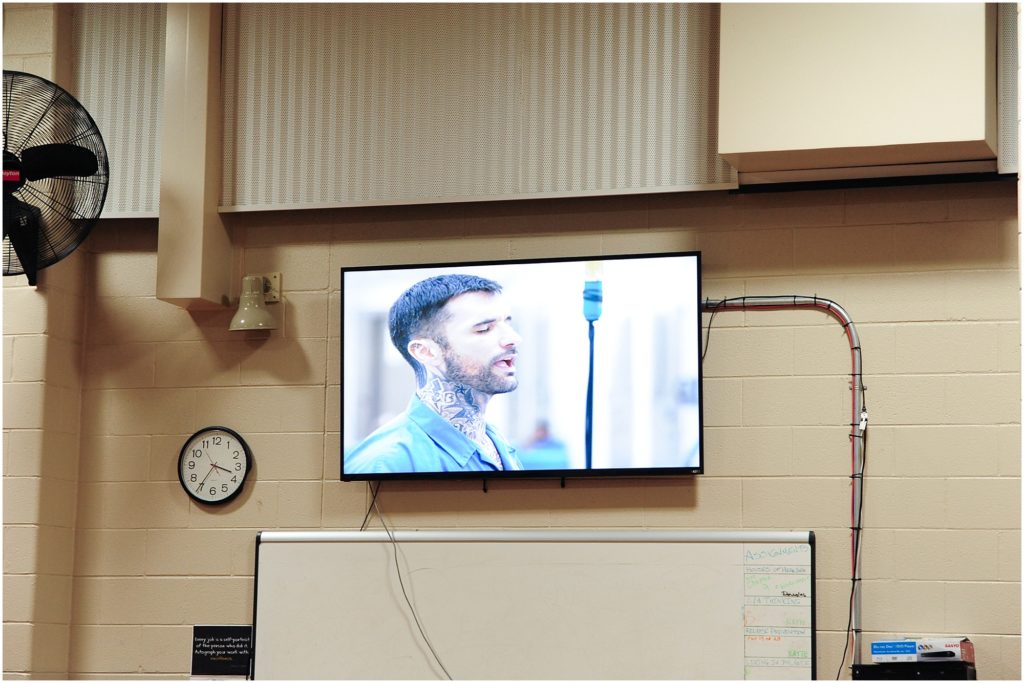 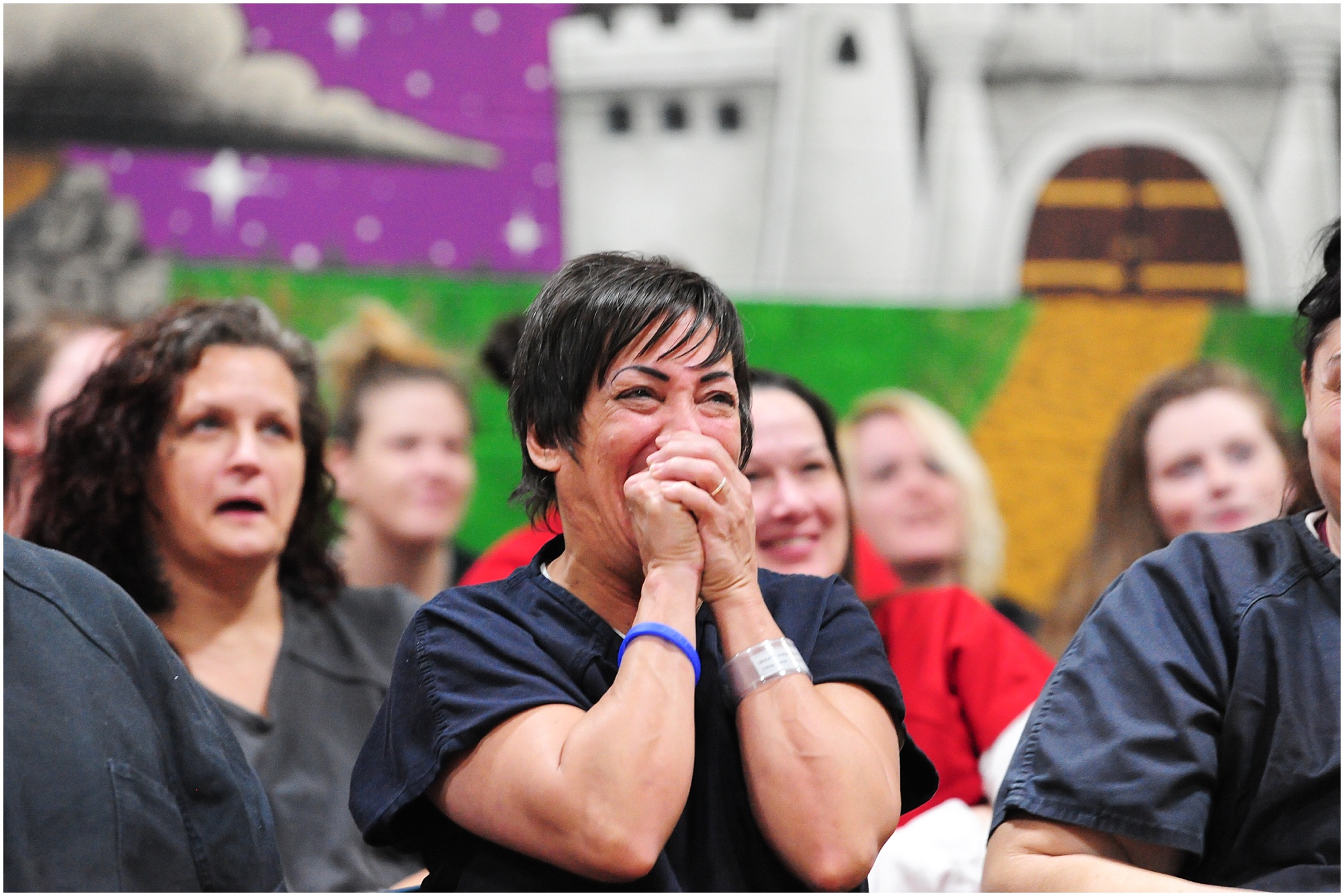 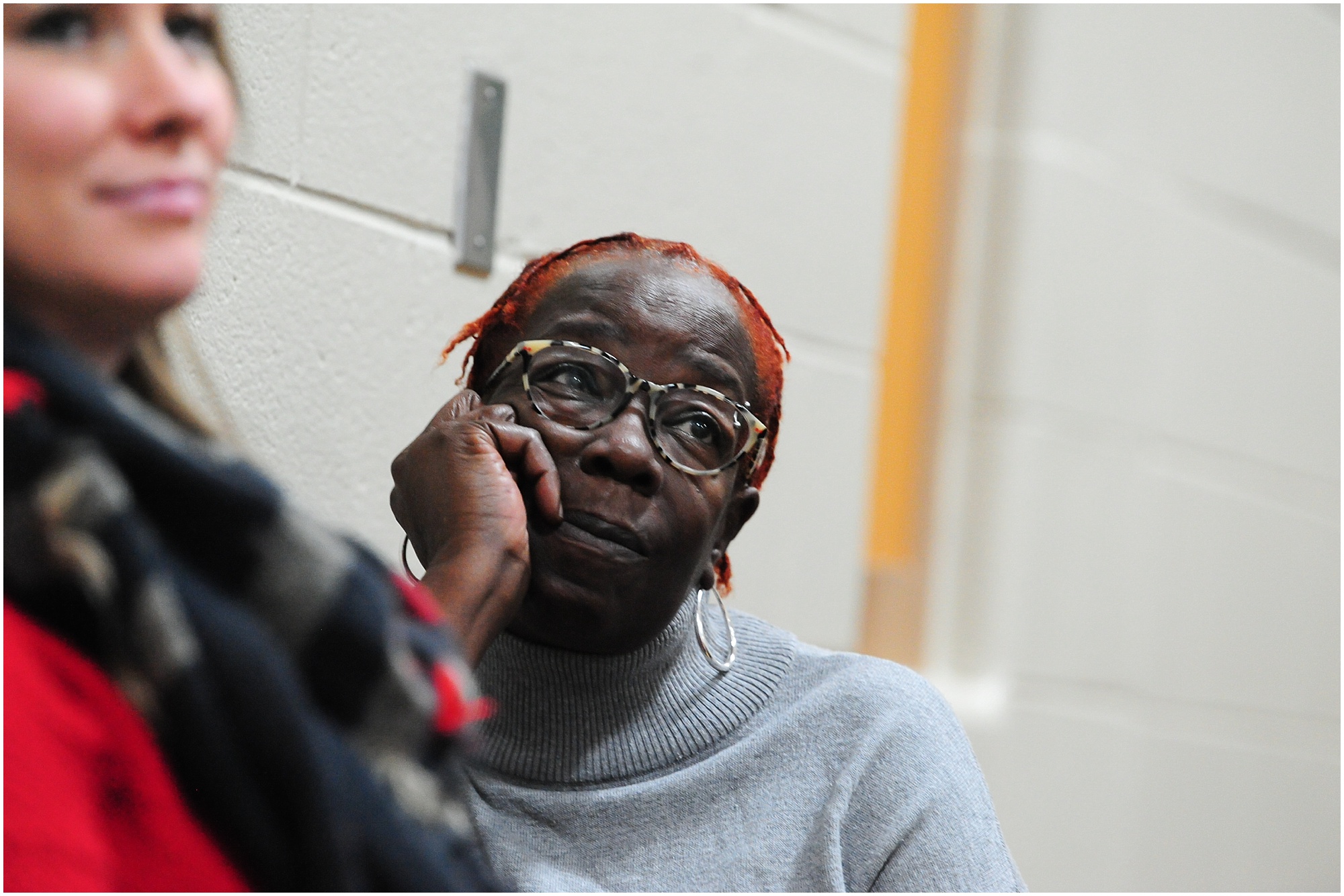 In addition to the Chesterfield Jail screening, Dr. Scarbrough and RL Case Manager Tom Young visited Deep Meadow Correctional Center (prison in Powhatan VA) and screened the movie for about 100 male offenders. We received similar feedback and great appreciation was received by all who watched. We thank Rodney White at Deep Meadow for coordinating the screening there.

Aside from jail and prison showings, the production company is currently in discussion with distribution companies – this will determine the fate of “16 Bars” and what forum the public will be able to watch it on. We believe that while it is very important that those who are incarcerated see this film to inspire them, it is also important that law makers and citizens of every community understand what is going on behind the bars. Behind the walls are human beings. We can’t wait to announce what is next! 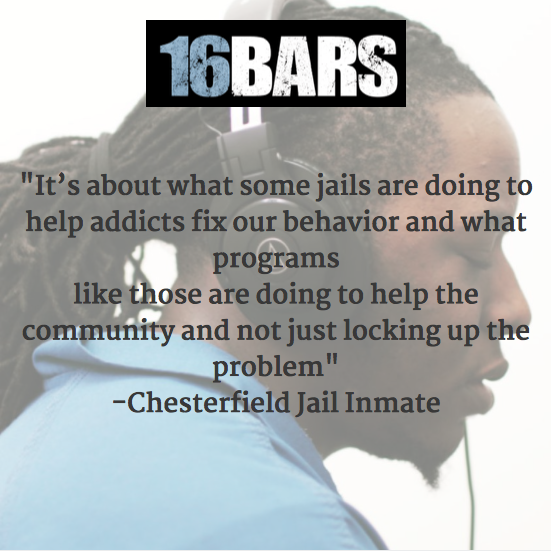 But what about the music? Devonte, Teddy, Garland, and Anthony put a lot of hard work into the music you hear in the film and we want to share that with the world. The “16 Bars” album is currently under development and you can be one of the first to hear of its release when you sign up through the “16 Bars” website.

Special thanks to Kathy Taylor Scott Photography for the photos of our screening at the Chesterfield Jail.